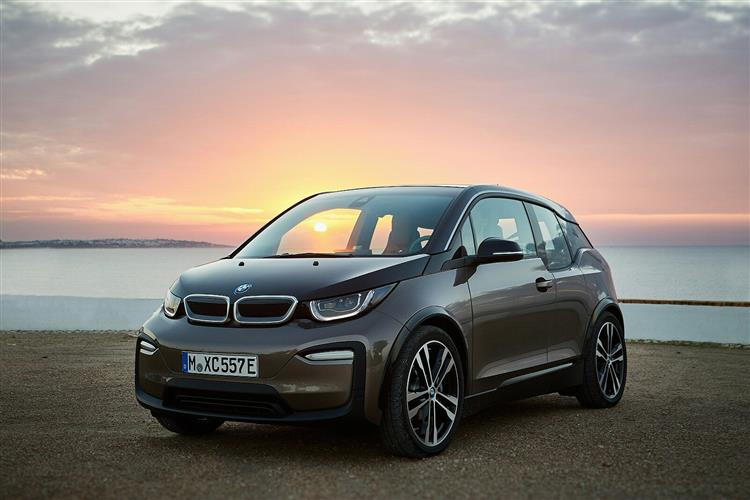 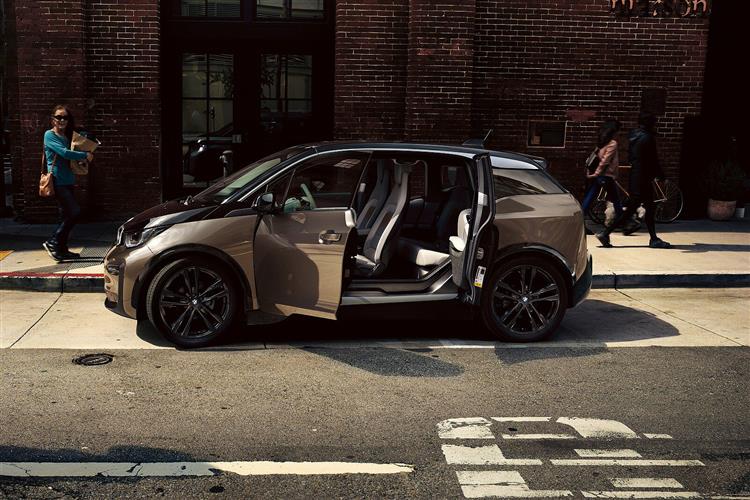 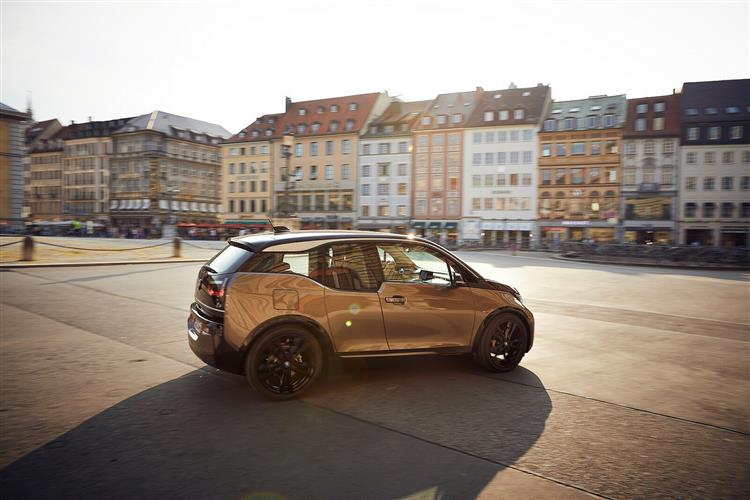 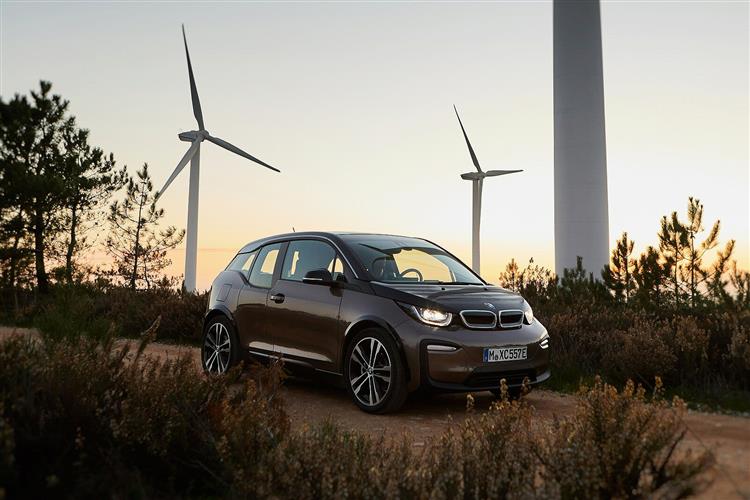 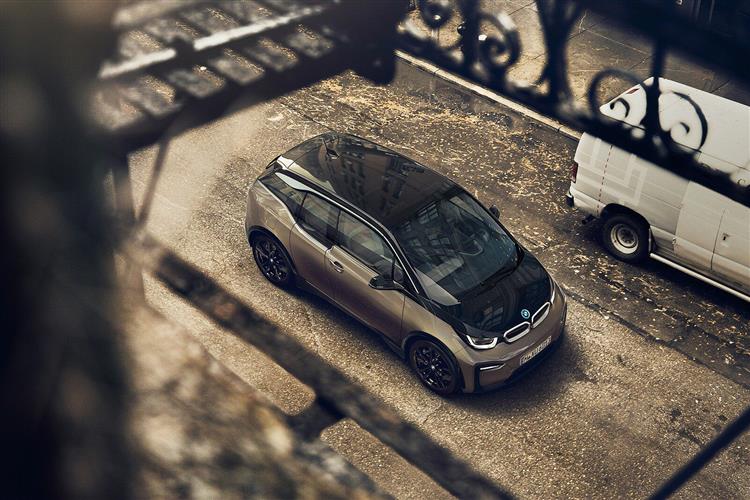 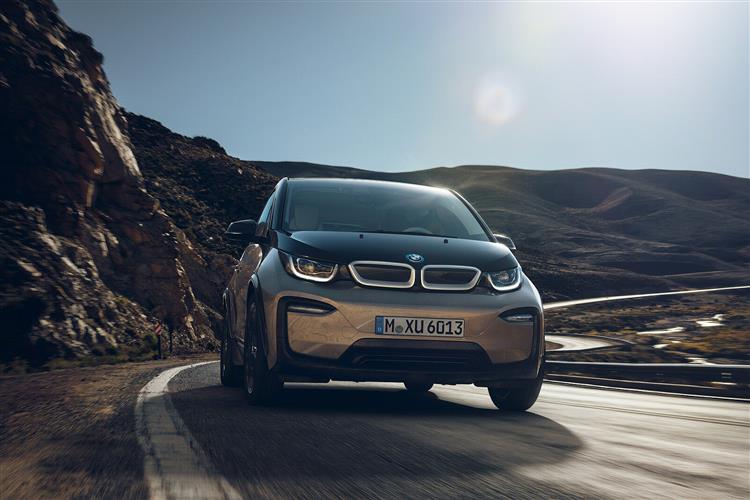 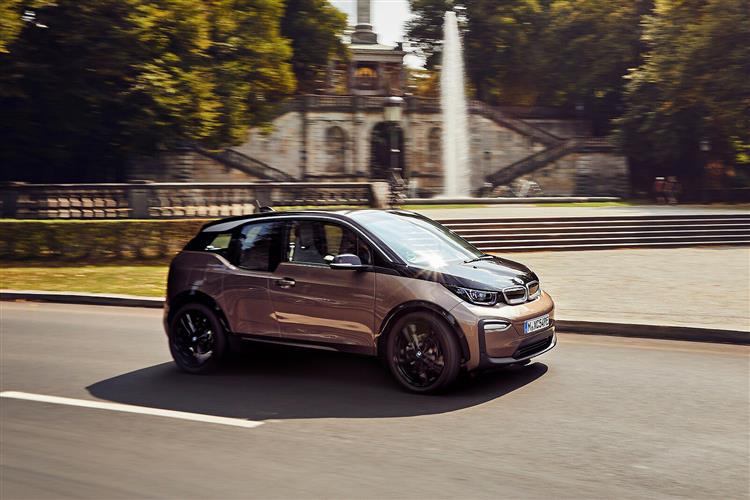 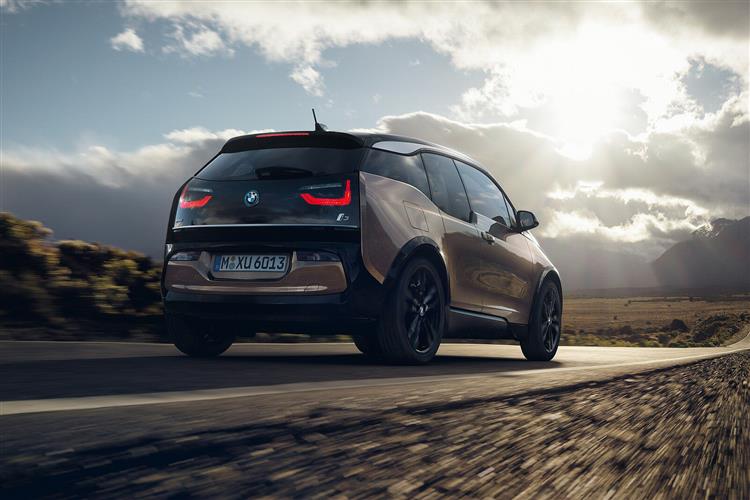 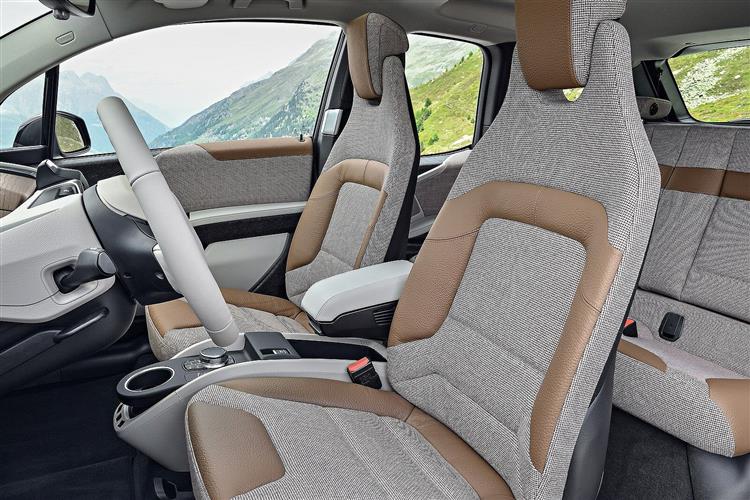 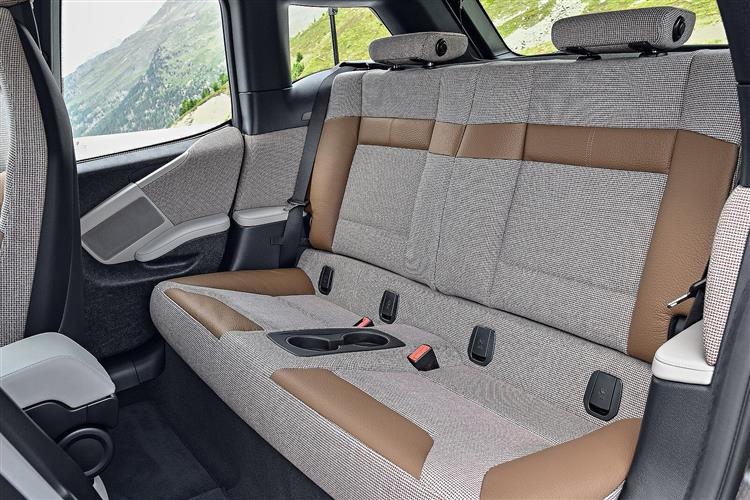 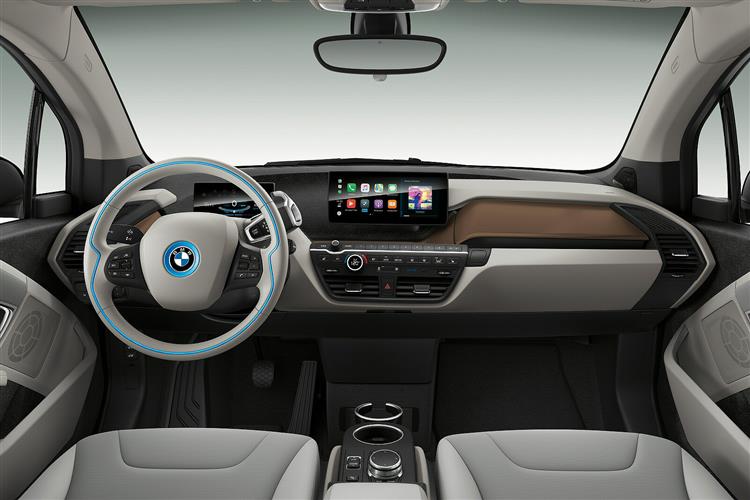 BMW's long-awaited electric vehicle, the i3, always promised much. These days, with a gutsier 120Ah battery, it delivers even more. Jonathan Crouch reports.

If you're of the old school and BMW means shark nosed, six-cylinder, ultimate driving machines to you, the Munich company's i3 electric vehicle is going to appear a wholly alien concept. It's a squat little citycar riding on 155mm wide tyres. Yet delve a little deeper and it doesn't take long to find a strand of proper BMW DNA. It's revealed in the thinking behind the engineering and the logic that went into making the various development decisions. Wherever BMW's engineers could have developed a more focused, technically correct solution, they appear to have done so, allowing for certain cost controls of course. Of course, you might well be part of the 99% of British car buying customers that chooses an internal combustion engine over an electric motor. Your next car and maybe the next one after that will probably be powered by fossil fuels. Even if that is the case, have a look at what the BMW i3 now offers, especially in this improved 120Ah form with its long 190-mile (WLTP) all-electric operating range. It's building a case for electric vehicles that is becoming ever more convincing.

As you might expect from a BMW product, the i3 doesn't want for go. The electric motor is mounted low down within the rear axle which helps to keep a low centre of gravity and also to improve crashworthiness. The power unit weighs just 130kg and produces 170bhp in standard form, which means that the i3's power to weight ration of 141bhp per tonne is just 5bhp per tonne shy of a Honda Civic Type R hot hatch. If you're interested in a comparison of that sort, you'll be interested in the slightly pokier i3s variant, where the electric motor's power output is boosted to 184bhp, plus there's sports suspension with specially developed springs, dampers and anti-roll bars. Whatever i3 variant you choose, as with all electric vehicles, a decisive advantage comes in its amount of torque. In a typical city scoot such as, say, a 1.2-litre Fiat 500, you can count on 102Nm of torque, but this BMW generates a hefty 250Nm of muscle in its standard frm (or 270Nm in 'i3s' guise), offering instant urge with all that torque available from idle. It's sent to the rear wheels via a single-ratio gearbox that offers the choice of three driving modes: Comfort, Eco Pro and Eco Pro+. The i3s has an extra 'Sport' setting. This translates to a car that's certainly not slow off the mark. The standard model will get from standstill to 37mph in 3.8sec and to 62mph in 7.3sec (or 6.9s for the i3s). Either way, any hot hatch driver would have a very hard time keeping pace with an i3. The top speed is limited to 93mph in the standard model or 99mph in the i3s. Extremely direct steering, a low centre of gravity, a clever DSC stability control system and lightweight body structures add up to very focused driving characteristics. BMW has engineered in a little body roll, largely to clue drivers in to where the limits of those narrow tyres are, but this remains a car you can enjoy hustling along.

Think of the i3 as a car in two halves. The bottom half is almost all aluminium, the upper half almost all carbon fibre. Armed with this information, you can rightly surmise that it doesn't weigh very much. Even with the weight of all those batteries - some 230kg comprised of 96 individual cells kept at an optimum 20deg Centigrade by their own air conditioning unit - the i3 only tips the scales at 1,195kg. Compare that to the 1,395kg of the entry-level petrol-powered Mercedes-Benz B Class and you'll appreciate the lengths BMW have gone to keep weight low and efficiency high. The styling is determinedly modern, with the kidney grille being the key BMW styling signature. The black hood, roof and glazed hatch will be characteristic features for future BMW 'I' cars. Adaptive LEDs headlights and floating LED tail lights are standard. The lowered belt line in the rear and absence of a "B" pillar improves visibility, while the rear "coach" doors make entry easier. As before, the i3 really isn't a very big car, measuring just 3,999mm long, which is only a tad longer than a Ford Fiesta. Despite that, thanks to the flat floor, the thin seats and the low window line, the cabin feels surprisingly roomy. The instrument cluster and Control Display comprise two screens, one behind the steering wheel and the other at the top of the centre console. Interior materials are eco-orientated, with the dashboard and door cards made from dried grass fibres from the kenaf plant and eucalyptus wood being optional. The boot measures 260-litres, but fold the rear seats and you get up to 1,100-litres.

Value. That's a really tough one to assess in the context of the i3. Prices start at just over £31,000 for the standard all-electric model once you've taken into account the generous £2,500 government-funded Plug-in car grant. That's a sum you could easily pay for a pokey diesel version of a similarly-sized premium badged model like an Audi A3 or a Mercedes A-Class. There's a £1,000 premium to pay if you want the sportier 'i3s' variant. Sadly, there's no longer the option of adding in a little 'Range Exender' petrol engine. Full-LED headlights are standard, joining heat protective green tinted glazing, auto headlamps and wipers, Park Distance Control rear parking sensors, LED tail lamps, an alarm, power-folding mirrors and of course a standard charging cable, this one 5m in length. Inside, there's air conditioning that you can, if you wish, set with a timer to pre-condition the cabin prior to your departure. Plus you get cruise control with a speed limiter, heated front seats and a multifunction leather-trimmed steering wheel. In addition, there's the 'Drive Performance Control' system that, via 'ECO PRO', 'ECO PRO+' and 'Comfort' modes, allows you to alter throttle response, steering feel and gearchange timings from the standard auto transmission, all of it better suiting the way you want to drive.

Can an i3 really make economic sense? It's tempting to conclude that for a typical buyer covering, say, 7,500 miles a year, simply opting for a cheap citycar with a 1.0-litre engine would be a better bet. However, factor in something like the London congestion charge, which could run you over £8,000 for that period, couple it with the minimal fuel bills and likely strong residual values of the i3 and the BMW comes into its own. Put it up against conventional diesel versions of premium rivals like the Audi A1 and the Mercedes-Benz A-Class and they don't enjoy a massive price advantage, thus making the i3 look increasingly attractive. This car's certainly widened its market scope since BMW gave it an uprated 120Ah powertrain, which on the full-battery-powered model has facilitated an increase in all-electric WLTP driving range from the 112 mile total on offer when this car was originally launched to as much as 190.8 miles in its current standard form - quite a change. It's up to 175.2 miles in the i3s variant. Either way, think around 160 miles in realistic regular use. Recharging times vary, but are much quicker than you'd expect, despite the significantly larger battery capacity. A DC Rapid-charge system is standard and AC charging is multi-phase, meaning full charging can be completed in under 3 hours with the multi-phase system. As before, the car can also be charged at home using a standard three-pin plug or by specifying a BMW I Wallbox. Use the latter and an 80% charge can be reached in 4.9 hours. An 80% charge from a conventional household socket will take 15 hours.

We said electric cars were going to get better: here's a great example of just how. BMW's i3 was already a very good product. Now, it makes more sense than ever. As before, this model is unashamedly high-end - you only need to look at the materials it's built from to appreciate that - but as a result, it's leagues more exotic than a conventionally-powered rival with a premium badge. Indeed, its carbon fibre and aluminium construction lends it a technical sheen of cool that's quite different to the usual electric vehicle proposition, which all too often gives off the distinctive whiff of anorak. Costing around £2 to charge, with a real world range of up to around 160 miles on batteries alone, the i3 will work for many suburban commuters looking for something stylish and a bit different to the norm. One day electric vehicles will be cool rather than nerdy and if that happens, we think the i3 will be seen to be the car that started that progression.