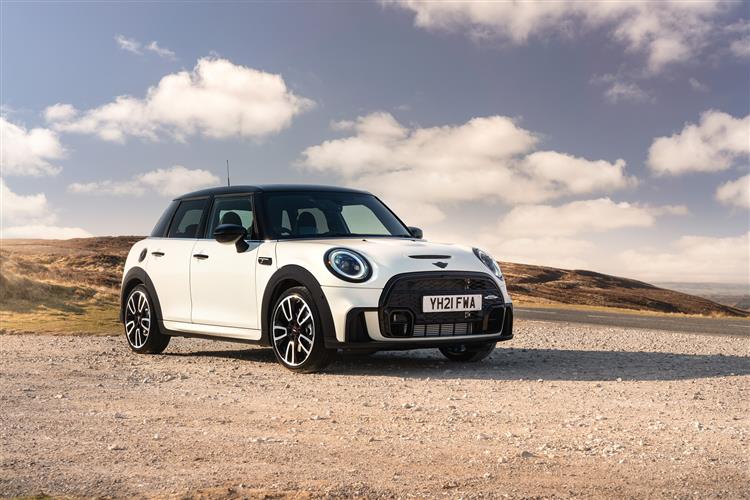 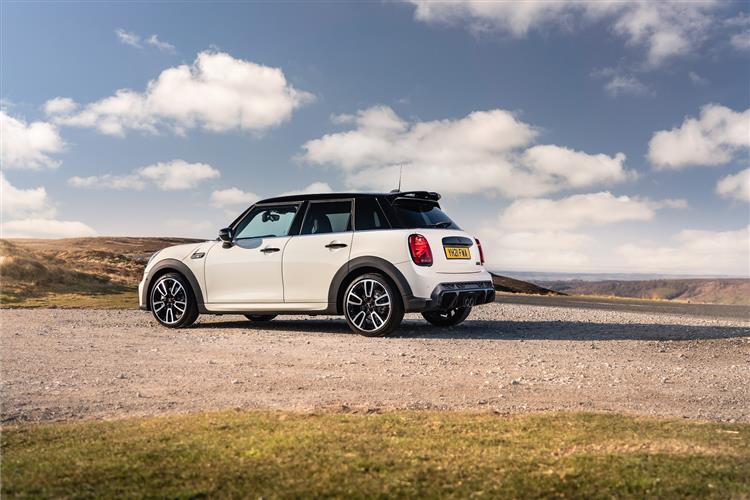 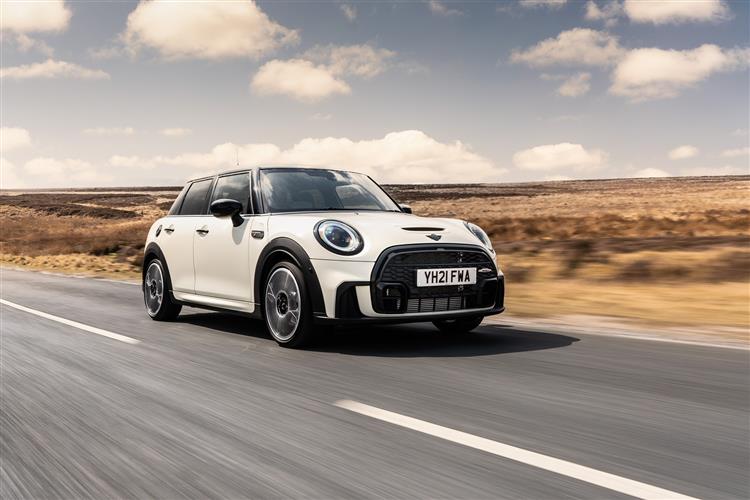 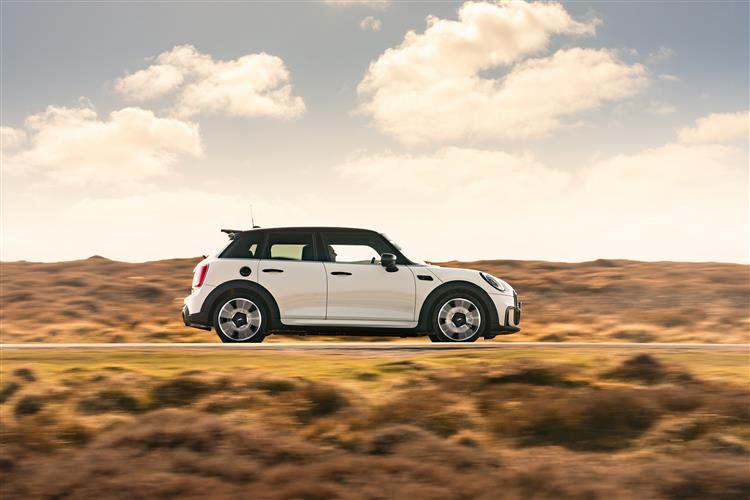 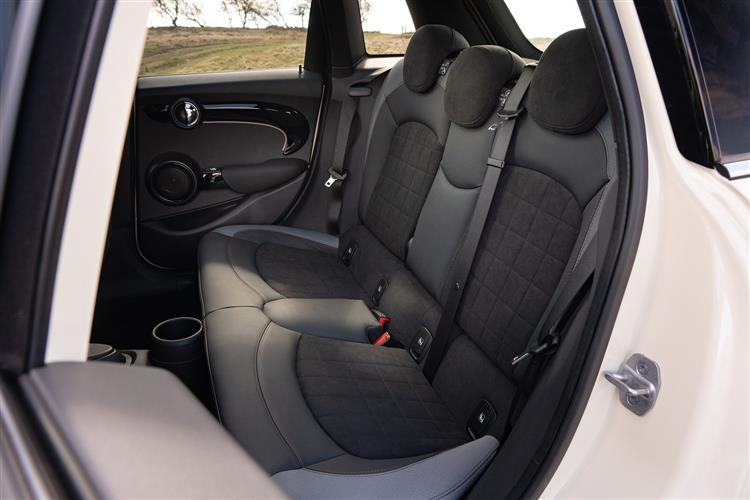 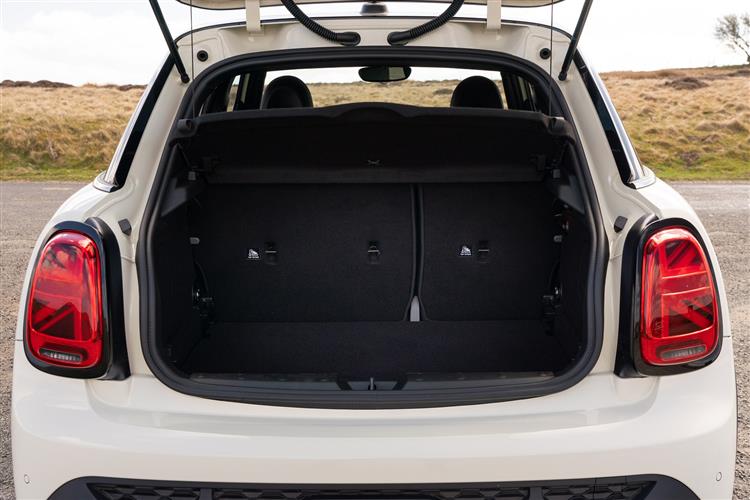 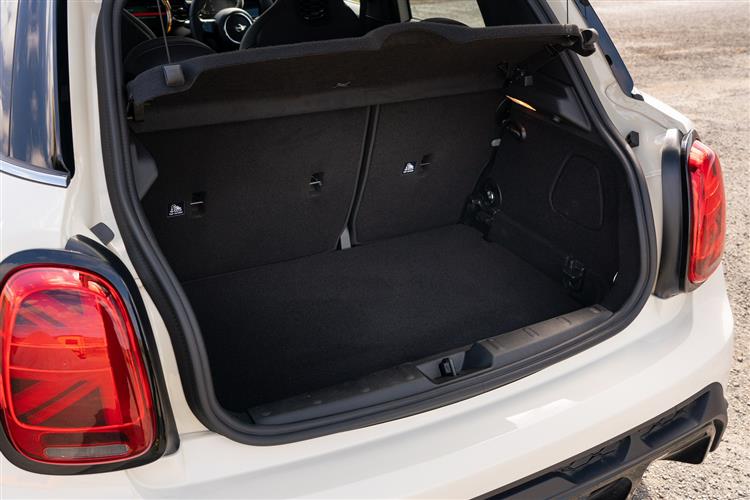 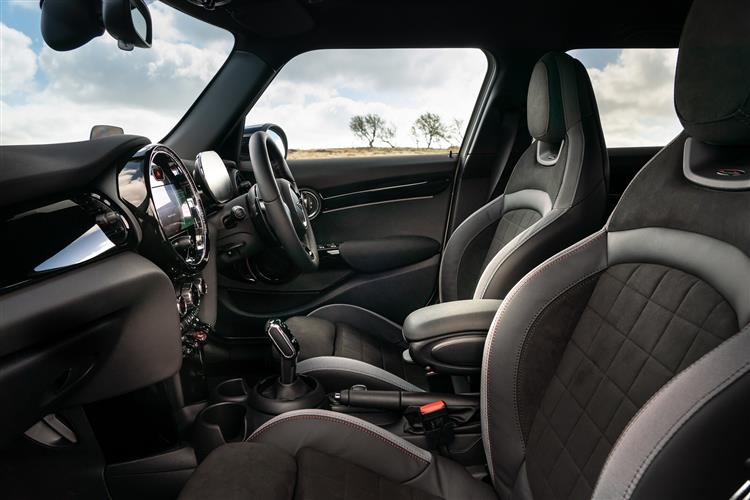 In five-door Hatch form, the MINI has grown up. Jonathan Crouch reports on the improved version.

Take a standard MINI, add a dash of length and practicality and you'd have a strong seller. You'd have a car like this, the MINI 5-Door Hatch. The BMW brand talks of this design being 'the first ever 5-door MINI Hatch'. Hang on though. Doesn't the company's Countryman model already fit that description? Apparently not. MINI now markets that car as an SUV segment contender. In any case, the Countryman isn't affordable or efficient enough to properly appeal to MINI's core customer demographic. Or, more pertinently, people who might want to be in MINI's core customer demographic. There are, after all, potentially lots of folk who like the stylish frugality and fun, chuckable, cheeky demeanour of the MINI Hatch 3-Door model but simply can't justify that car's tiny rear seats and restricted boot. Perhaps they've an occasional need to transport up to three kids in the back. And they require a car that won't be daunted by the modest proceeds of a family superstore shop.

The key update with this most recently revised model is that it's now possible to order it with adaptive damping - an important option given this car's go-kart-like firm ride, especially with larger wheels. Otherwise, it's as you were, all based on a chassis that's BMW's clever UKL1 platform, which also underpins a number of front-wheel drive BMW models. The engine range isn't going to come as any great surprise to seasoned MINI watchers. It begins with a 1.5-litre three cylinder unit with 102hp in the MINI One, then progresses to the mainstay of the range - the 136hp 1.5-litre petrol-powered Cooper variant. Alternatively, there's the four cylinder petrol 2.0-litre turbo 192hp Cooper S. Most customers will stick with a six-speed manual gearbox, but a newly-developed seven-speed Steptronic automatic is available as an option. The Cooper S will cover the sprint to 62mph in just 6.8 seconds, while the standard petrol Cooper isn't a whole lot slower, getting to 62 in 8.4 seconds. Variable Damper Control with adjustable dampers is available as an option, as are MINI driving modes which offers drivers the choice between Sport, Mid and Green modes. Using a rotary switch at the base of the gearstick or selector lever, drivers can swap from the default Mid mode to either Sport or Green. The three choices offer a set-up which is either performance-oriented, balanced or geared towards fuel efficiency. MINI driving modes also influences the ambient lighting, shift characteristics of the automatic transmission and the Variable Damper Control if the option is selected.

While it's inevitably not quite as pert as the three-door car, the extra 72mm grafted into this 5-door Hatch model's wheelbase gives the shape some roadside presence. In fact, more length has gone into the rear overhang, with the car 161mm longer than the standard Hatch. The five-door also delivers 15mm more headroom and 61mm of shoulder width. The styling of this updated model doesn't look all that different, but close inspection will reveal a range of subtle revisions. The front-view is dominated by a larger radiator grille with a black, hexagonal surround, flanked by the hallmark round MINI headlights. The position lights have been replaced by vertical air inlets to optimise aerodynamics and the central bumper strip is now in body colour, rather than black. The wheel arch has new contours, the side indicators have been redesigned to feature LED technology and at the back of the car, the fog light is now integrated into the rear apron as a narrow LED unit. Otherwise, this third generation MINI 5-Door Hatch retains the basic overall body shape that we all know and love, with its squat, purposeful look, helped by the tapered glasshouse. It's a touch larger than you might expect inside. Accommodation in the back isn't bad, with a scooped-out headlining freeing up some extra headroom. The pitiful boot space that many might expect doesn't in fact come to pass. In fact, there's a reasonable 278-litre boot which is an increase of 67-litres on the three-door Hatch. Drop the 60/40 split rear seats and there's up to 941-litres available, both measures being better than what BMW sees as this MINI's key rival in its class, the Audi A1. The boot floor can be set at two different heights, which can either optimise space or offer a completely flat boot floor for easy loading. The twin height boot floor is part of an optional storage package which also includes additional lashing eyes and floor net for the luggage compartment, seats which can be angled more steeply so as to create more luggage space and map pouches for the backrests of the front seats. Interior updates include the standardisation of MINI's largest 8.8-inch centre touchscreen display and Piano Black high-gloss surfacing. Chrome elements have been significantly reduced throughout the interior with the two outer air outlets framed by black panels. The internal air vents have been completely redesigned and are now embedded to be flush with the interior surface. Plus the sports leather steering wheel has been redesigned and conventional analogue instrument dials have been replaced with a digital display.

MINI these days offers three distinct spec packages with its models - 'Classic', 'Sport' and 'Exclusive' - though you'll only get the first of those if you choose the entry-level MINI One. Prices have risen slightly, which means that the entry-level MINI One in 5-door form will cost you from around £17,500 (about £700 more than the 3-Door Hatch model); there's no longer a diesel version. For a Cooper Hatch 5-Door, you'll need closer to £21,000 as a minimum. Equipment levels across the range feature items such as ambient lighting, auto headlamps and wipers, ISOFIX child seat fixings front and rear and Bluetooth. The MINI hatch buying proposition has always been about tailoring the car to your personal tastes, so you might well indulge in extras like body stripes, a John Cooper Works spoiler and contrasting mirrors. You can also choose from technology such as a head-up display, a MINI Navigation System, MINI Connect telematics and traffic sign recognition. The MINI Touch Controller allows you to write individual letters that the system then recognises when you're trying to input a sat nav destination for instance. MINI has standardised its bigger 8.8-inch central colour infotainment touchscreen, plus auto headlamps and wipers and two-zone automatic air-conditioning. Options include a new multi-tone roof. And heated front seats, a panoramic glass roof, a visibility package including windscreen heating, rain sensors, automatic light control, a Harman Kardon hi-fi speaker system and a sports leather steering wheel. You can also spend your money on Park Distance Control, electrically heated and folding exterior mirrors, and an automatic anti-dazzle function for the interior and exterior mirrors. As you can see, the base retail price is just an opening gambit.

Manufacturers can't launch a car these days without trumpeting on about lighter weight, lower emissions and better economy - and so it proves with the latest MINI. The MINI One and the MINI Cooper register up to 51.4mpg combined cycle economy and up to 126g/km of CO2. The punchy Cooper S is fitted with a bigger engine but even here, combined cycle economy is rated at up to 45.6mpg and up to 141g/km of CO2. It's also worth noting that the automatic gearboxes don't impose a huge penalty in efficiency. A further innovation lies with the MINI Driving Modes, another optional extra. Using a rotary switch at the base of the gearstick or selector lever, drivers can swap from the default MID mode to either SPORT or GREEN. The three choices offer a set-up which is either performance-oriented, comfort-biased or geared towards fuel efficiency. The latter includes a coasting mode when the driver removes their foot from the accelerator pedal. MINI Driving Modes also influence the ambient lighting, shift characteristics of the automatic transmission and the Variable Damper Control - if that extra cost option is selected.

There will have been whole legions of potential buyers who would have liked a MINI Hatch but who found the car just too small to meet their requirements. Some of these customers will have migrated to the bigger Countryman, but it's a reasonable bet that many felt that the Countryman didn't offer the look that attracted them to the Hatch and have gone shopping elsewhere. The five-door Hatch is the car that aims not only to mop up those lost sales but also attract new buyers to the marque who might have been considering a typical Focus/Astra class family hatch and can these days justify choosing a MINI. After all, this is a car that seems to have a whole lot of bases covered. It's well built, it looks good and it drives well too. Factor in excellent fuel economy, likely strong residuals and a very good standard equipment list, couple that with upfront asking prices that are anything but unreasonable and you have a really strong all-round package with broad appeal.