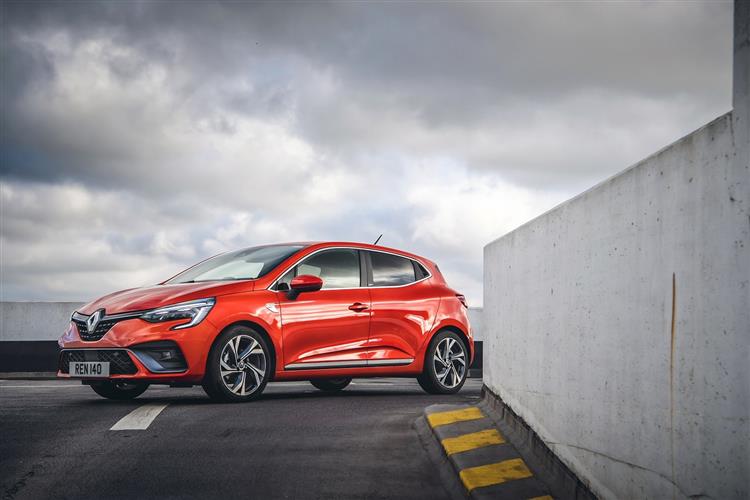 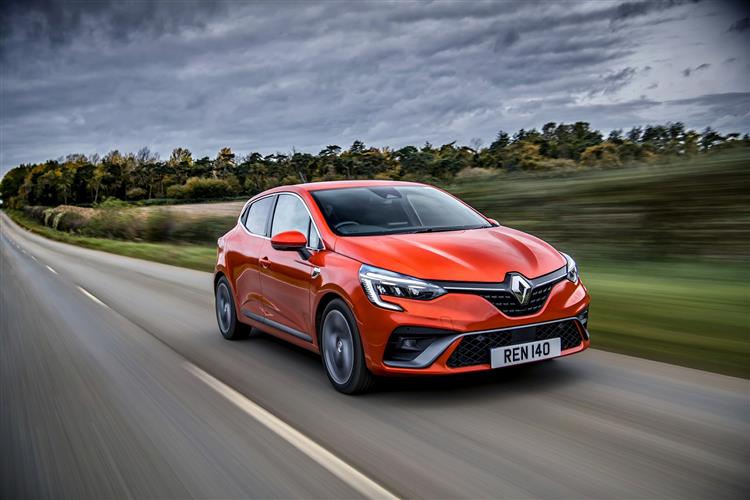 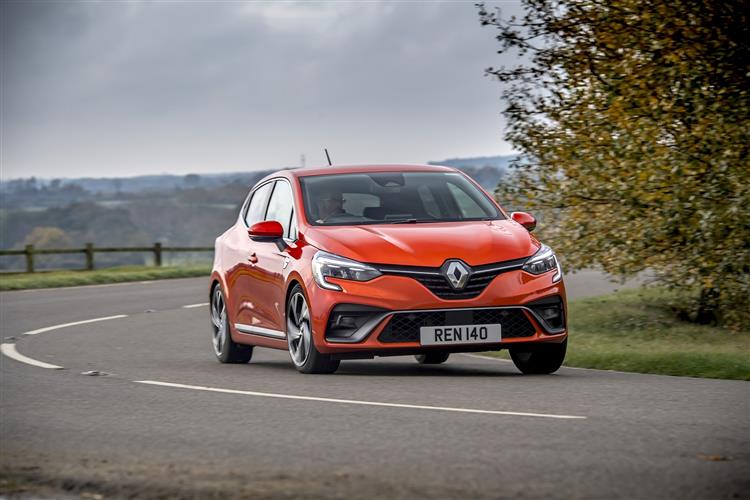 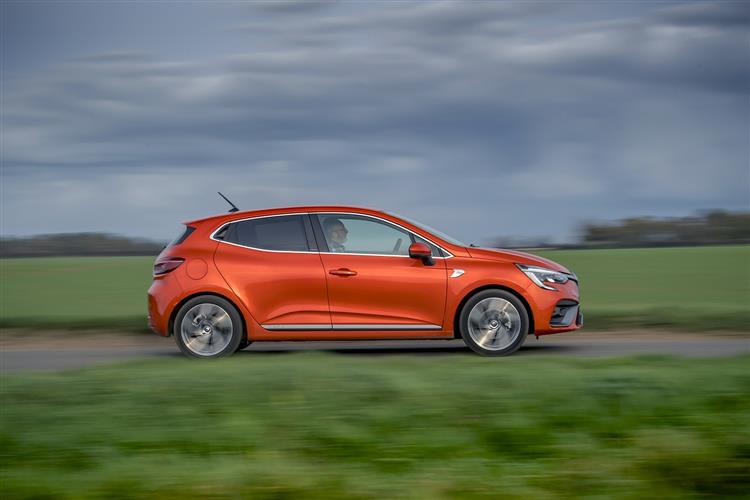 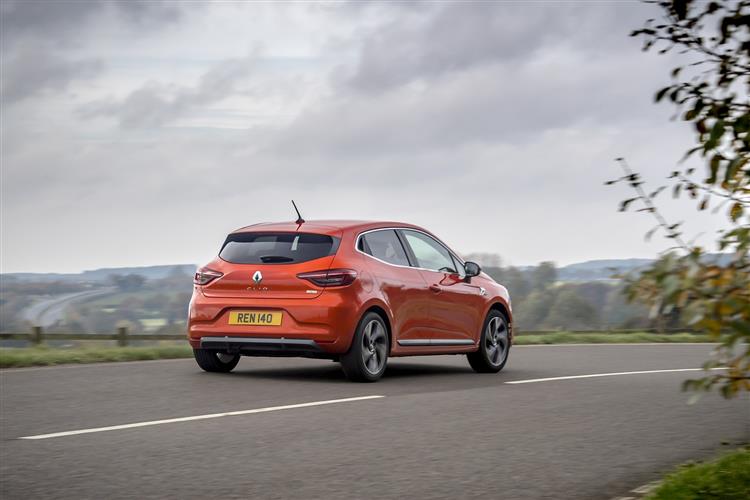 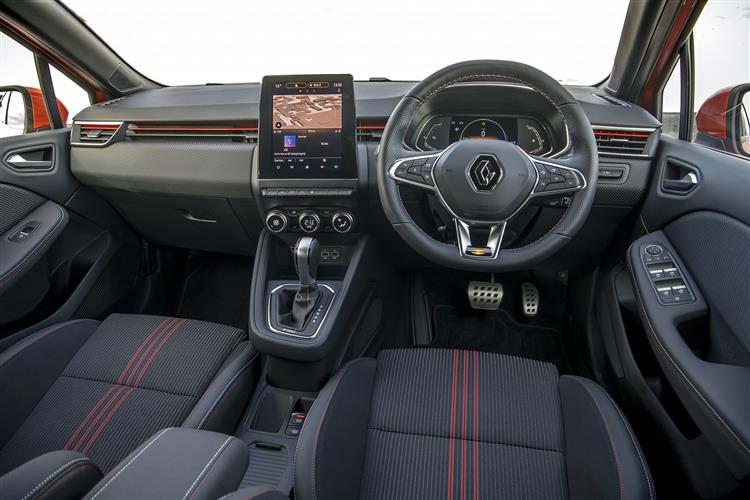 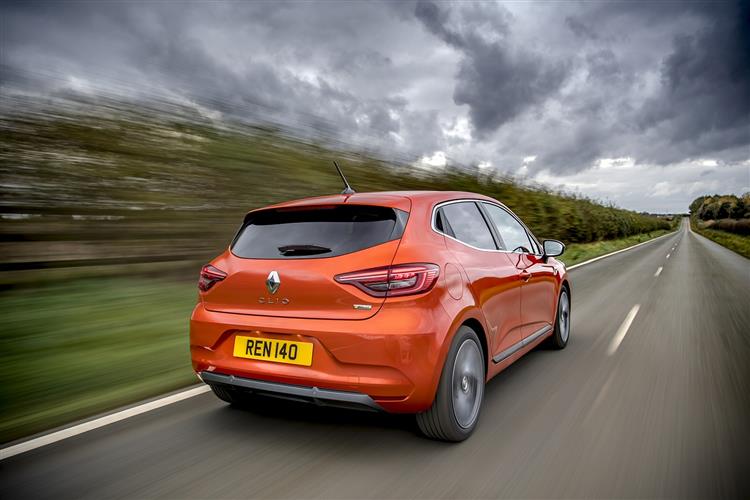 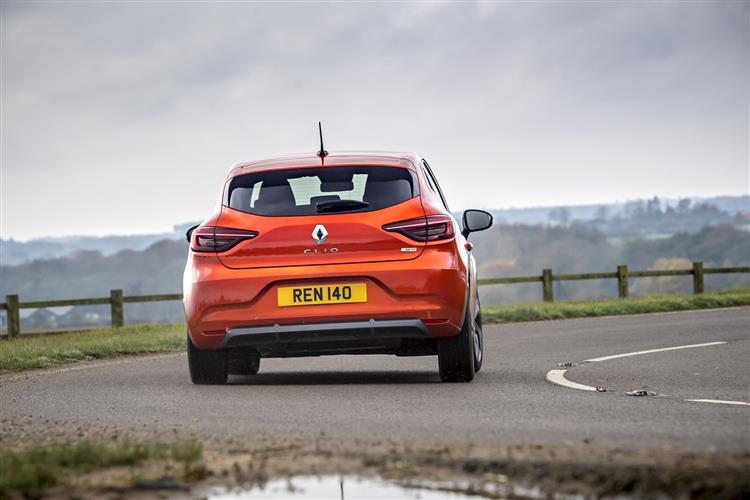 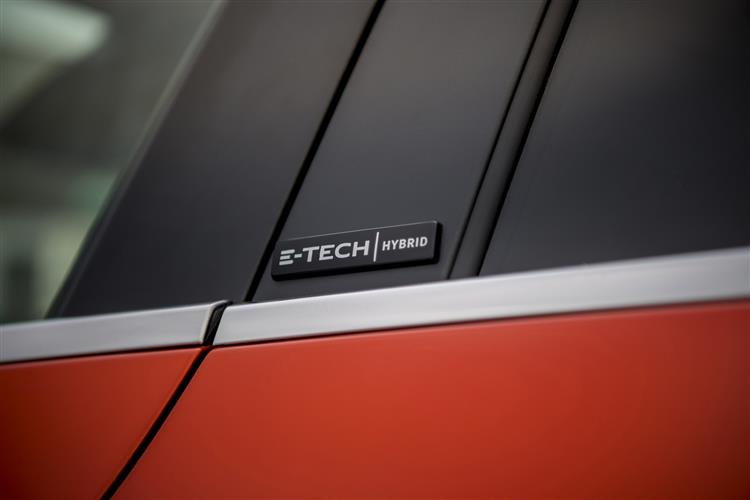 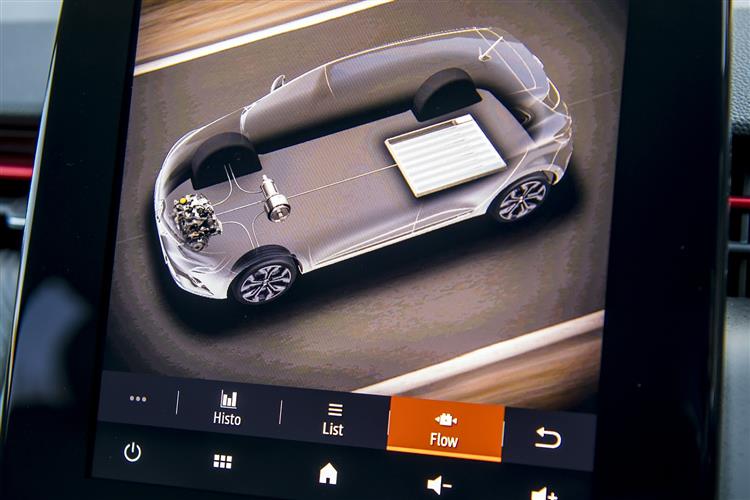 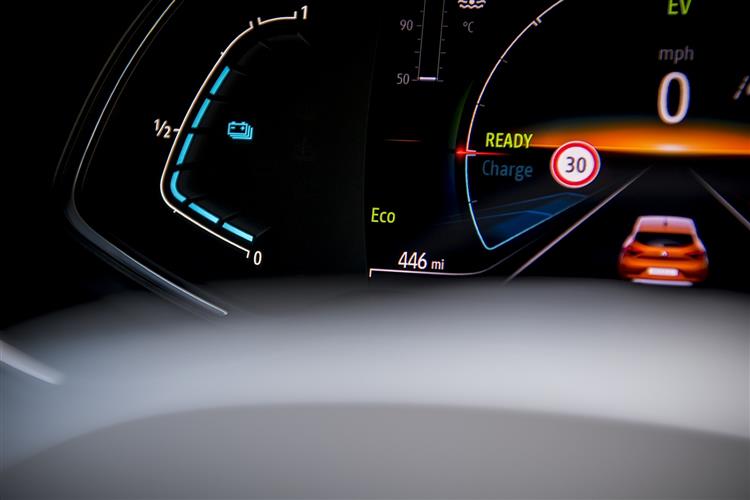 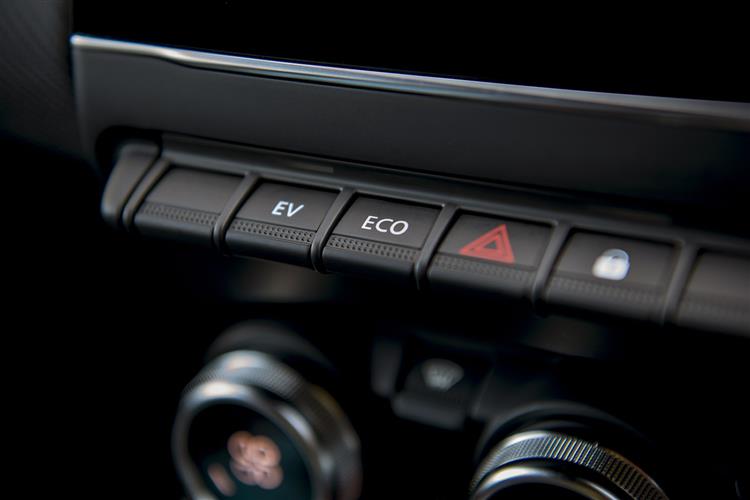 This is where it starts getting interesting. Europe now has the world's strictest emission regulations, requiring a 95g/km across-the-board range average for small cars which it simply isn't possible for a manufacturer to meet without electrifying a large number of its engines. Prior to 2020, all that was available in that regard in the small car market was the Toyota Yaris self-charging Hybrid and a handful of EV models that hardly anyone bought. That's got to change - and it's going to. An obvious route to driving down your brand's supermini emissions average is to churn out full battery versions - which is why Peugeot has launched its e-208, Vauxhall has the Corsa-e and Renault sells its ZOE. But these cars are getting on for £30,000 in a market that expects to buy a small car for way less than that. So other solutions must be found, like this, the Clio Hybrid.

Unlike the plug-in E-TECH engine that Renault uses in the Captur and the Megane, this isn't a plug-in powerplant: Renault reckons that would make this particular Clio too pricey. Instead, it's a 'self-charging' full-Hybrid unit like that in, say, a Toyota Yaris (so it can, for very short periods, run independently on full-electric power, unlike the mild hybrid engines you'll find in segment rivals like the Ford Fiesta and the Kia Rio). Renault makes much of the way the design of this car's engine borrows from its F1 racing technology. Like the racing powerplant, this one is extremely compact and features two electric motors, one with 36kW on the rear of the gearbox and one with 15kW on top of the transmission, along with a four-cylinder 1.6-litre 145hp normally aspirated petrol engine. The gearbox is an auto of course and the motor is powered by 1.2 kWh lithium-ion battery pack located beneath the boot floor. The rest of the drivetrain has somehow been shoehorned beneath the bonnet. There's plenty of mid-range pulling power - the petrol engine musters 144Nm of it, whilst the electric motor generates 205Nm and the HSG (High-Voltage Starter Generator) delivers an addition 50Nm. The result is excellent acceleration - especially at speeds of between 50mph to 75mph where the battery assists with sharper responses than a conventional petrol or diesel engine, enabling a 50mph to 75mph time of just 6.9 seconds. But efficiency is this car's primary purpose and Renault claims that a Clio Hybrid will be able to travel for 80 per cent of urban journeys on battery power alone. Plus the car is able to travel up to 38mph in all-electric mode.

Apart from the badge work, there are no visual differences to mark the Clio Hybrid out from standard variants in the range. Stylist Laurens van den Acker wanted this MK5 model Clio to be more expressive, while keeping the previous version's sleek profile. The body has been lowered by up to 30mm and big 17-inch wheels give top versions a more dynamic look. At the front, the bonnet incorporates ribs for a sculpted effect. The grille is bigger and the front bumper is more pronounced with a very expressive central air scoop. Full-LED headlights are now standard and the rear lights can feature a more distinctive C-Shape signature. The cabin is of high quality, with plush materials and a soft coating on the dashboard, the door panels and the central console surround. The instruments are quite driver-focused and there's one of the larger centre-dash infotainment screens in the segment, with two sizes available - 7.0-inches or (with navigation) 9.3-inches. Further up the range, there's another screen in the instrument binnacle, measuring 7-inches and replacing conventional dials. The seats on this Clio are much better than what you'd usually find in this segment in terms of comfort and support. They offer a longer seat base and a more enveloping shape. One advantage of going the self-charging hybrid route rather than opting for a PHEV plug-in hybrid is that the self-charging hybrid solution doesn't much compromise boot capacity. The space on offer ranges from 366-litres up to as much as 1054-litres, depending on the position of the rear bench.

Prices start at just over £21,000 and there's a choice of four main trim levels - 'Evolution', 'Techno', 'Lutecia' and 'R.S. Line'. In terms of the price premium over a conventionally-engined Clio, think about £2,700 more than a Clio TCe 90 petrol. Standard kit is generous, with even base 'Evolution' trim including a 7-inch TFT Colour Instrument Display and two luggage nets in the boot. 'Techno' has a focus on technology and styling, the exterior enhanced with dark tinted rear windows, chrome detailing on the window surrounds and door panels, plus a shark fin antenna. Inside, the interior is refreshed with grey accents to the dashboard and door panels, as well as dark grey pinstriped seat upholstery. The R.S. Line completes the Clio Hybrid range, offering customers a dynamic and sporty design that features the latest on-board equipment. Features such as the 9.3-inch EASY LINK infotainment system with satellite navigation and wireless phone charger are fitted as standard, plus there's a 10-inch TFT Colour Instrument Display.

The key figures here are some way off what you might expect for a pricier Plug-in hybrid but, Renault reckons (and we concur) that they're more realistic than a PHEV model's claimed readings would be. The WLTP figure for combined cycle fuel economy is 64.2mpg and we reckon around 50mpg should be regularly achievable without too much trouble. The WLTP CO2 reading is 96g/km. The stats quoted are for the more affordable 'Evolution' and 'Techno' levels of spec. Across the range, there's a 23% BiK taxation rating, which is much better than you'd find with a conventional petrol or diesel-engined supermini.

It's going to be interesting to see how the Clio Hybrid sells in comparison to the brand's full-electric ZOE model. Right here, right now, we can't help thinking that this Clio's electrified solution might be the better option for the majority of ordinary customers. With the short commuting and school run mileage supermini buyers tend to cover, most of them might rarely need to use the engine anyway. The elephant in the room here though is up-front price, as usual with a Hybrid. Renault has done what it can to make this car affordable but we venture to suggest that £21,500-£24,000 will still be a little more than you might have expected to spend on your next supermini. Even one with F1 technology and 60mpg economy? If that's enough to make you dig a little deeper into your budget, we think you'll be intrigued by what you'll find here.