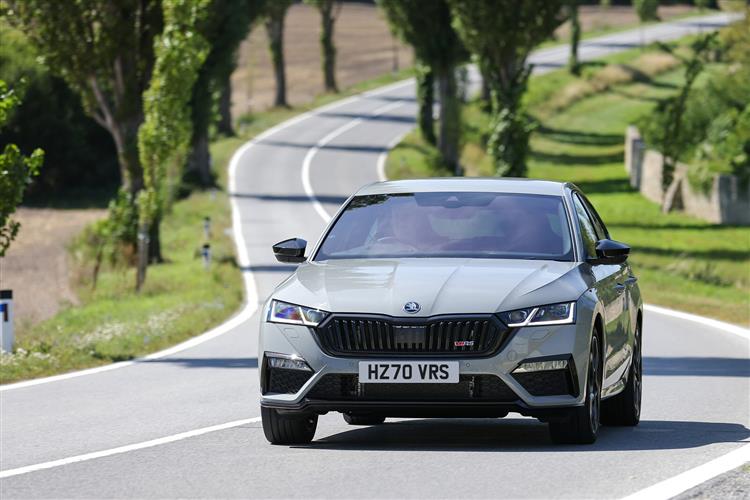 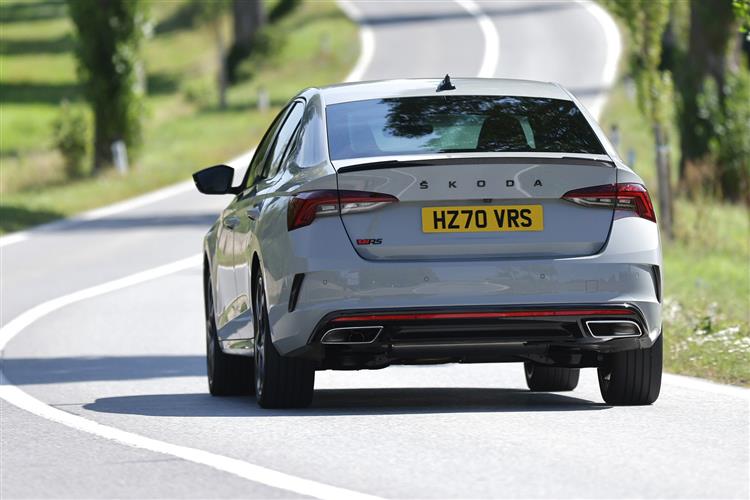 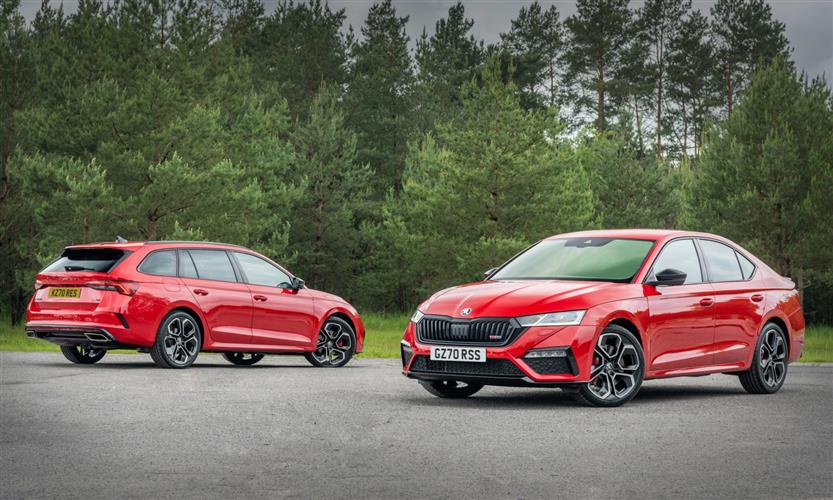 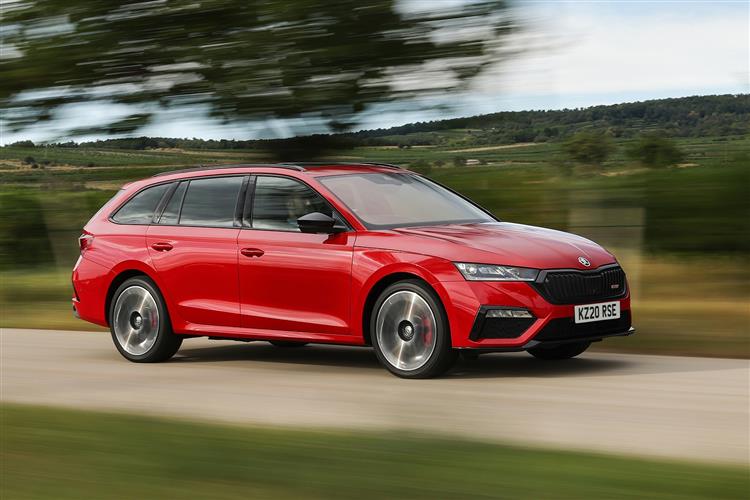 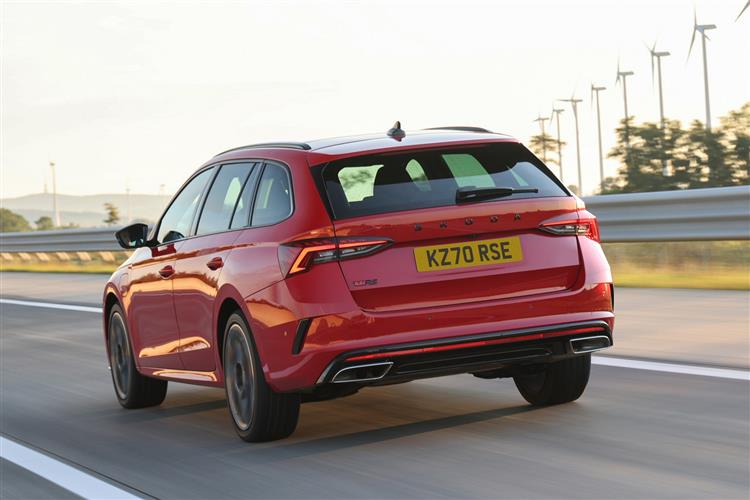 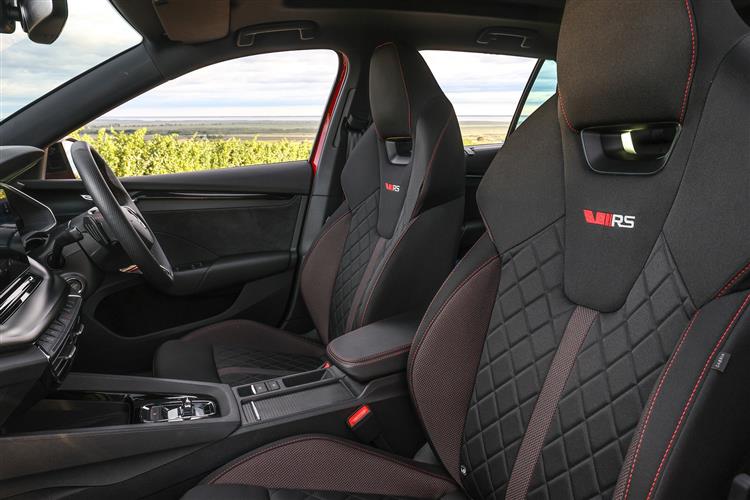 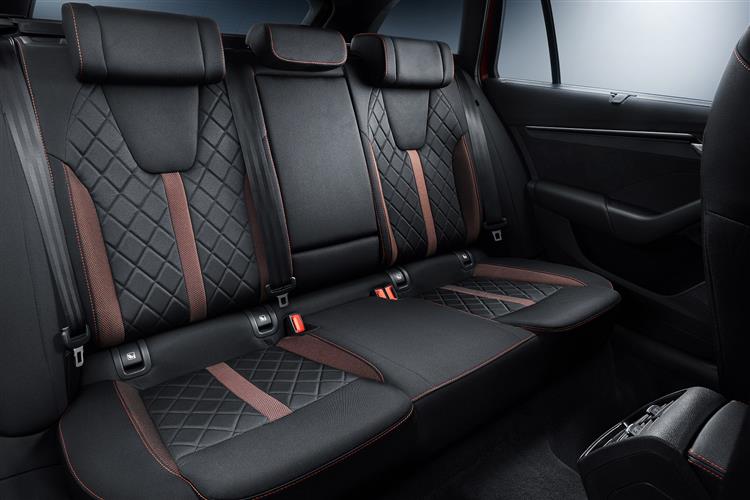 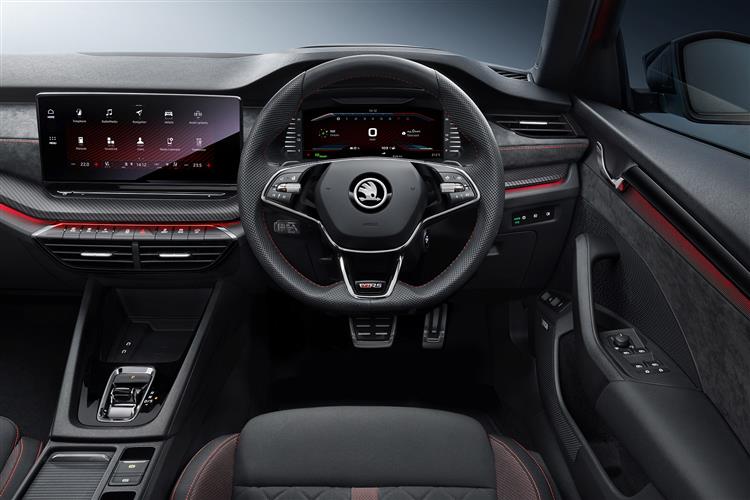 Yes, the vRS is the go-faster model of the Skoda Octavia range, launched at a time when going faster seems to be about as socially acceptable as a Gary Glitter comeback tour, but stick with it. There's a lot more to this car than flicking the vees at the mandated speed limit. The vRS has long been a car that's all about making discreet progress, which is why they're the darlings of motorway police the length and breadth of the country. They're capable but subtle. Granted, a GATSO camera's not going to differentiate between a navy blue Octavia and a lime green Lambo, but if you prefer not to draw attention to the fact that you enjoy your driving, the vRS is a wholly informed choice. This one's the fourth generation vRS model, although those of you with longer memories might well recall the first generation car initially being badged an RS. That car first appeared in 2001, with the bigger and better built second generation model arriving in 2005 and a MK3 version arriving in 2012. This latest vRS adds the option of Plug-in hybrid tech to the existing petrol and diesel 2.0-litre options. Let's take a look.

Of course, you want to know how quick the VRS is. I did. So, being completely useless at suspense, here's the detail. The 245PS 2.0-litre TSI petrol powerplant driving through the 7-speed DSG auto gearbox that most will want (there's an alternative 6-speed manual also available) will punt the Octavia vRS to 62mph in only 6.7 seconds. There's also an alternative 200PS 2.0 TDI diesel vRS variant which can optionally be had with 4WD. Or even a vRS iV Plug-in Hybrid variant which gets 400Nm of torque and an all-electric driving range of 34 miles. All vRS derivatives get more direct 'Progressive' steering. And fine-tuned sports suspension lowered by 15mm. An electronic VAQ limited-slip differential is fitted as standard and provides more traction on the front axle through corners, while the braking system features 17-inch front discs as standard. Whatever flavour of Octavia vRS you happen to prefer, it'll come with a fresh generation of drive assist technology. Previously, the optional 'ACC' 'Adaptive Cruise Control' system (now standard) merely braked and accelerated the car based around a pre-set speed. Now, it uses the car's front camera system, GPS data and a host of sensors to drive the car predictively. So when 'ACC' is set, the car knows in advance about bends, roundabouts and upcoming traffic flow, plus this Skoda will adapt itself to speed limits as you enter them.

Available in either hatch or estate guise, the fourth-generation Octavia vRS introduces an evolved look that is both sporty yet subtle. Although instantly recognisable as a member of the vRS family, the new Octavia is sharper and more intricately detailed than its best-selling predecessor. Both hatch and estate models feature unique front and rear bumper designs that incorporate a host of black details. These include the double-slat radiator grille, lower air diffuser and the distinctive air curtains above the front fog lights. The door mirror housings and window frames are also finished in gloss black, while the estate model is finished with black roof bars as standard. At the rear, the hatch model adds gloss black aero flaps, diffuser and a subtle boot lid spoiler, while both models come with chrome exhaust tailpipes and bespoke vRS badging as standard. Inside, this vRS aims to combine sportiness with comfort and a generous quota of technology. The smarter multifunction three-spoke leather steering wheel is equipped with DSG paddles and knurled wheels in a chrome design. As usual with an Octavia, back seat space is class-leading. As is boot capacity, which has grown to 600-litres in the hatch, or 640-litres in the estate.

As well as offering a good deal more pace and space than many of its rivals, this MK4 model Octavia vRS doesn't do at all badly on economy and emissions, hence a reasonable BiK tax rating for the 2.0 TSI variant of 34%. The car's efficiency readings are helped by an 'Energy Recovery' set-up which reclaims energy that would otherwise be lost under braking or during cruising. And the usual Start/stop system to cut the engine when you don't need it, stuck at the lights or waiting in traffic. With the diesel variant, you'll need to keep the tank for the necessary AdBlue additive topped up to keep within sight of the quoted readings. Of course, the figures you'll achieve will depend to a great extent on how you drive, another area in which this Octavia aims to assist you. The 'Drive Mode Select' set-up offers the option of an 'Eco' setting that'll tweak all of the car's systems for ultimate frugality. In addition, whichever Octavia vRS variant you select, you can monitor its ongoing frugality via selectable consumption read-outs on the left and right hand side of the 'Virtual Cockpit' digital instrument binnacle screen. Or via the 'Vehicle' section of the centre-dash screen where you can select 'Since Start', 'Long Term' and 'Since Refuel' read-outs on economy. The ultimate performance/efficiency Octavia vRS combination is delivered by the Plug-in Hybrid iV variant, which can go up to 34 miles (WLTP) on a single charge which would take about 3.5 hours from a garage wallbox.

The Skoda Octavia vRS does nothing particularly radical - but then it doesn't need to. It has established a profitable niche for itself in offering a model that's presentable, rapid, discreet and which won't break the bank. Buying a quick car is no longer the no-brainer decision it once was, especially when the budgetary constraints of a growing family look likely to stymie your plans. The vRS offers all the solid common sense of the Skoda brand with more than enough about it to reassure anyone that they're not on the fast track to pipe and slippersville. Downsides? There aren't really too many to mention. If you're the sort of person who'll feel the irresistible draw of the Volkswagen or Audi brands, you probably won't give the less overtly slick Octavia the time of day. Still, that just leaves the vRS as a potential winner for anyone who doesn't feel the need for a more prestige badge. When the outside lane of the motorway clears like Moses parting the Red Sea before you, you'll probably realise it was money well spent.